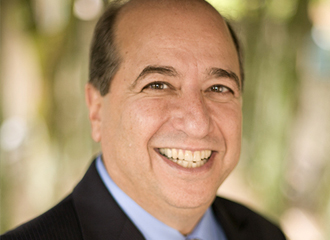 In a quest to find out more about eating disorders, I had numerous conversations with mental health and medical professionals as well as women, themselves, who had suffered from anorexia nervosa and bulimia nervosa. It soon became apparent that current treatments were primarily focused on a reduction of symptoms rather than exploring and addressing the eating disorders’ underlying issues. I recognized that women not only needed, but deserved, a comprehensive treatment approach in a non-institutional environment. After many months of research, the concept of treating the eating disorders’ underlying issues and helping women heal through community and empowerment was created.

As I began my journey to find a location in which to house my treatment center, I discovered information regarding nature’s positive effects on healing. Quite taken with that concept and committed to seeking settings that met those specifications, I searched for land imbued with a bucolic environment. I soon met with the owner of the 27-acre Renfrew Farm. A delightful woman, she was heir to the Pennsylvania Railroad fortune and, amazingly, was well-aware of eating disorders and the serious and pervasive symptoms accompanying this underserved mental illness. She proceeded to sell me the property, known as The Renfrew Farm and, with the goal of creating a home-like atmosphere, in stark contrast to most psychiatric and general hospitals. Construction began in July, 1984. In June of 1985, The Renfrew Center opened its doors as the first residential facility in the country exclusively dedicated to the treatment of adolescent girls and women with eating disorders.

We knew we were pioneers. Assembling a staff of administrative and clinical personnel – psychologists, social workers, nurses, nutritionists, psychiatrists, and physicians, most of whom were young, enthusiastic and excited about the mission, we rolled up our sleeves and did whatever was necessary to make Renfrew a success. In two short years our beds were full — patients came from all over the world. After reaching capacity in 1987, we explored expansion opportunities and, in 1990, opened the country’s second residential facility in Coconut Creek, Florida, on a beautiful 10-acre former horse farm.

With the advent of managed care constraints in the mid-1990s, Renfrew’s model was enhanced in order to accommodate additional levels of care and the country’s first day treatment and intensive outpatient program for eating disorders was launched. This continuum of care was met favorably by managed care organizations, enabling Renfrew to secure more than 430 insurance contracts and, even more important, providing women with greater access to specialized care. Today, Renfrew has treatment facilities in California, Florida, Georgia, Illinois, Maryland, Massachusetts, New Jersey, New York, North Carolina, Pennsylvania, and Tennessee.

In 1990, it was determined that the field of eating disorders at large would benefit from the creation of a non-profit foundation to support both practitioners and patients alike. The Renfrew Center Foundation was then formed with a mission dedicated to the education of professionals and the public about eating disorders’ prevention and treatment. The Foundation has now hosted annual three day-long conferences for the past 30 years, each attracting approximately 700 professionals from the U.S. and abroad; held hundreds of day-long seminars throughout the country; provided free educational webinars monthly and developed a robust research department. To date, our outreach options designed for professionals have trained more than 40,000 practitioners – from the fields of medicine, mental health, dietetics, nutrition and the creative arts.

Advocacy is a highly important branch of the Foundation’s mission. As a founding member of the Eating Disorders Coalition, Renfrew has participated regularly in Lobby Days in Washington, DC, and been instrumental in the development of the FREED Act, a bill which will increase research dollars for eating disorder treatment, dedicate funds for the creation of prevention programs and improve access to treatment.

A Record of Recovery

Over the past quarter-century, our multi-generational family-run business has proudly distinguished itself as the premier eating disorders organization internationally. The journey of The Renfrew Center has always been guided by the more than 85,000 courageous patients who crossed our paths over the years and, with our help, have taken back the lives they deserve. We look forward to continuing that journey. Negative body image continues to be a problem for most Americans owing to harmful media biases and unrealistic beauty standards. Let’s change that. Learning about eating disorders is the first step to recovery for those who might be struggling. Here are 21 of the best resources right now.